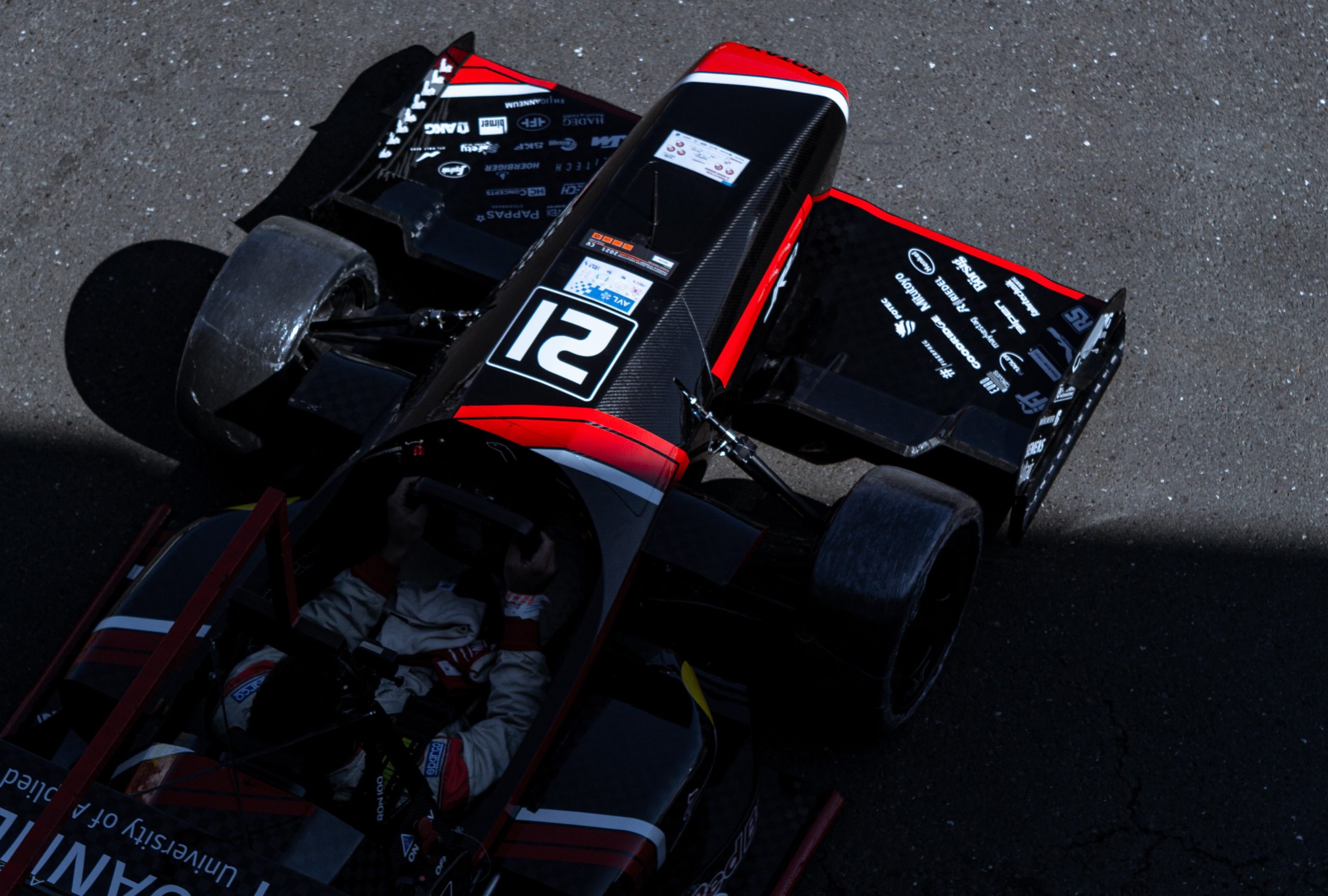 Welcome to our new blog entry. Today it’s all about finance and sponsoring. That’s why we’re introducing you to the heads behind these departments, Wolfgang Schneider and Stefan Geyer.

He is the man for the numbers: No other team member of Joanneum Racing Graz knows financial matters better than Wolfgang Schneider. The automotive engineering student has been Financial Director of the racing team since November and is looking forward to the new challenge: “In my opinion, Financial Director is one of the coolest roles in the team. I have insight into every department and therefore contact with all team members.” Managing the team’s budget, keeping the income and expenditure accounts and maintaining liquidity – Wolfgang’s tasks are many and varied. It’s a matter of making sure that the income via sponsors is covered by the expenses for the material. “I learn to budget and handle a budget for many people. Fictional examples in studies lack this urgency, which I am confronted with every day in our team.”

The 23-year-old from Mödling already has Formula Student experience. Before he found his way to FH JOANNEUM, he was an aero team leader in the TU Vienna team. “I started studying in Graz in 2020. On the very first day, the racing team introduced itself to our cohort and afterwards I spent hours talking about Formula Student with the technical director at the time,” Wolfgang looks back. When the second lockdown was announced and he had only made a few contacts, a request from Joanneum Racing Graz came just in time. “The team needed someone who knew about grounding the monocoque. A fellow student then suggested me.” The bachelor student eventually became part of the aero/chassis team and worked on the chassis of the JR22. “Formula Student is unique. There is no other competition in which tens of thousands of students worldwide take on a job in their spare time and plan, build and test a car within one season,” Wolfgang’s enthusiasm for the sport is unbroken.

Sponsors as a success factor

Without the active support of sponsors, however, it would be impossible for Joanneum Racing Graz to compete for victories. “At the moment we work with more than 120 well-known sponsors from Austria and abroad,” explains Stefan Geyer. The Lower Austrian is the team leader of the sponsoring department and takes care of all the tasks involved in working with the sponsors. The department’’s to-do list is long: acquiring new sponsors, negotiating and fulfilling sponsor contracts, organising sponsor visits, keeping sponsors informed – to name just a few of the tasks. Stefan knows the importance of his area of responsibility: “Without sponsors, we would not be able to push our performance to the top. No matter if it’s the financial sponsor, the material sponsor or the expertise of the pros – only with this support we can realise our bolides in terms of production as well as design as we intend to.”

For the Manufacturing Team Leader of the past season, a number of challenges await him in his new position. But that’s exactly where Stefan, who is in the first semester of his Master’s degree in automotive engineering, sees the appeal: “I have to deal with a lot of different people. A lot happens here on an interpersonal level, but you also have to be tough when it counts. Here I can combine my skills with the demands of the team.” The contacts between the companies and the racing team are beneficial for both the team members and the companies. Weasels regularly complete internships at the companies, and many alumni have found jobs with sponsors.